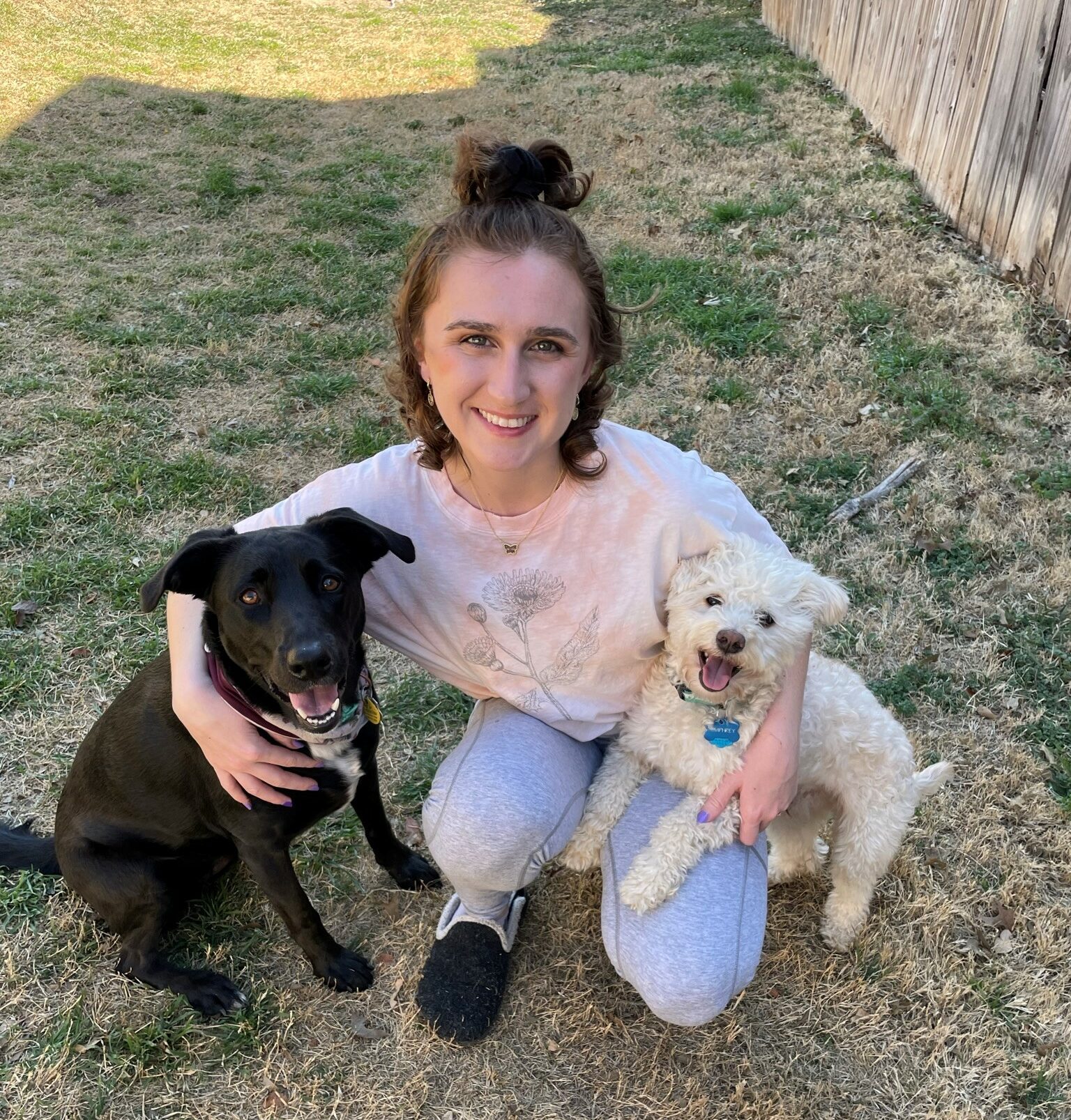 I guess I will start the story of my cancer journey at the beginning. It was about a year ago, in September. I was the healthiest I have ever been – going to the gym every day, eating right, doing all the good stuff. One night while I was cooking dinner, I noticed a knot about the size of a ping pong ball by my collar bone and mentioned it to my fiancé. He could see it too. I made a telehealth doctor appointment and was told it was most likely allergies and to take Zyrtec.

It didn’t go away, so I went to urgent care and then my primary care doctor, who both also told me it was allergies. I had a regular OB/Gyn checkup appointment, and since three doctors had already told me it was just allergies, I had to work up the courage to mention the knot to the doctor. She sent off blood work that came back ‘funky’ and connected me to a surgeon. This led to a biopsy and referral to an oncologist, who diagnosed and staged my cancer as Stage 2 Hodgkin’s Lymphoma, bulky.

I was angry and scared after my diagnosis. I asked myself why I had wasted my time trying to be healthy and what good had I done by eating right instead of eating what I wanted. I thought I was a good person and wondered what I had done wrong to deserve cancer. I also was surprised at all the buildup before treatment actually started. I thought that treatment would start right after diagnosis, but I had a lot to learn. I had no idea what a ‘port’ was or how chemo might affect my fertility.

Finally, chemo started, and I waited to get really sick. I wasn’t – just really tired. It wasn’t all that bad but did get worse as it went on. I wish they had told me not to eat my favorite foods during treatment because now I don’t want to even see them anymore. There were bad side effects to the steroids, and I had radiation after the chemo. We were also house hunting during all this and had to decide whether to keep looking for a house. We decided to keep pushing forward and figure it out as we went rather than let cancer end my world.

“We decided to keep pushing forward and figure it out as we went rather than let cancer end my world.”

After treatment, my scans showed me to be cancer-free – no evidence of disease in my body. The doctors don’t say ‘cancer-free’ or ‘cured’ because it can come back, but I call myself ‘cancer-free.’ It seems like much longer than a year ago this all started, and I have felt out of control. I felt like a burden and was in a really dark place.

Even though most of the Cancer Care programs and activities had to be virtual due to Covid, I was able to participate in support groups and activities with people in my own age group (most of the people I met at treatment were 20, 30, 40 years older than me). Cancer Care made the Zoom meetings so much fun, and we were able to do outside yoga face-to-face and a painting class. 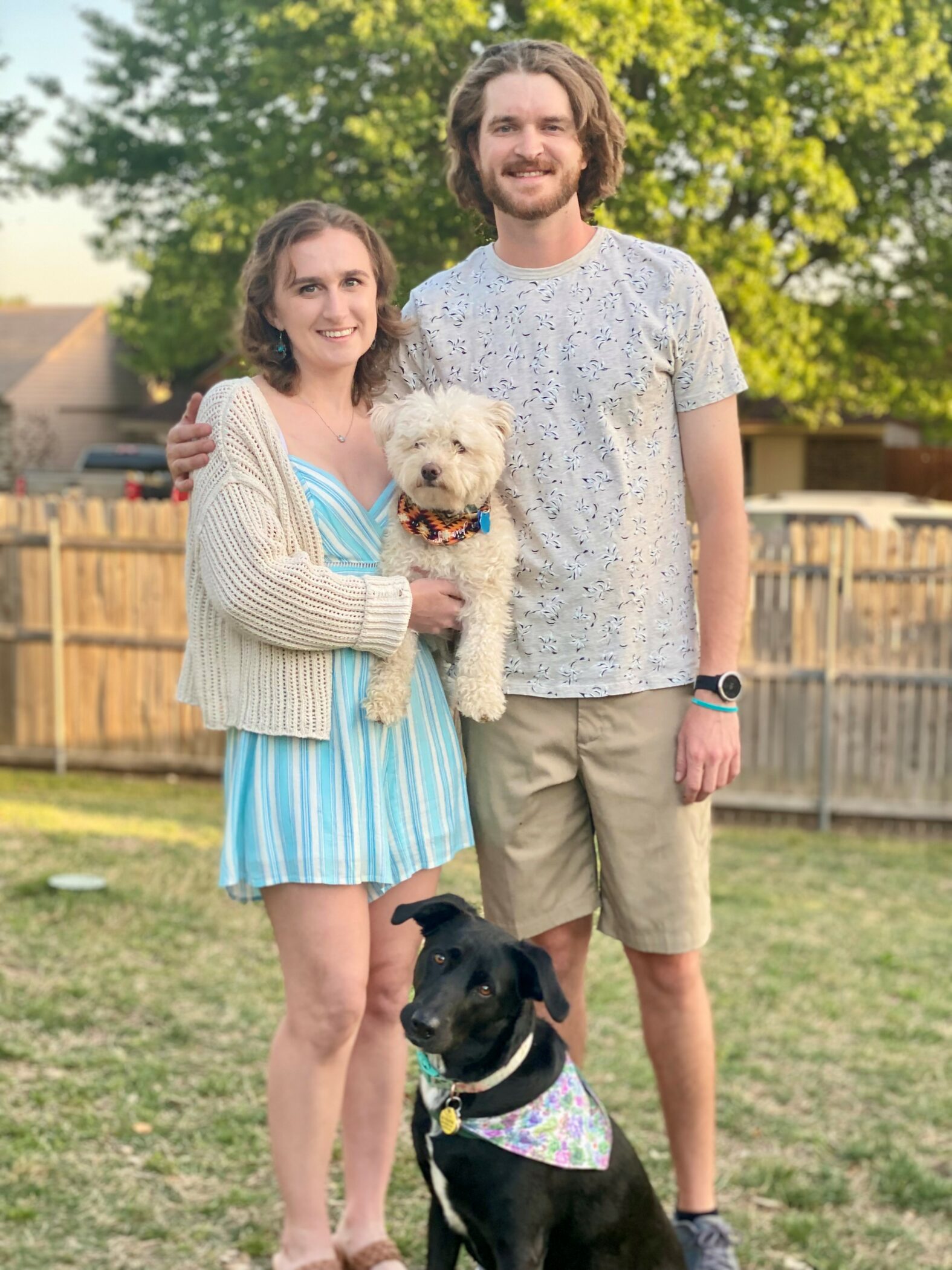 My fiancé did some of the things with me, and he appreciated being able to spend the time together. I know how much the support I received helped me, and now I want to use what I have learned to help others – especially people in my age group because there aren’t many of us.

I am grateful to be healthy again and to look at myself in the mirror and see me. I am the same person, but I do think more about what I think of myself instead of what others may think of me. I didn’t believe I would ever be in a place like this – where I would want to help others without feeling sorry for myself or angry, but I am! I want to give other people grace now that I can.

Transcribed by Jane Melms from Ashley’s video interview in September 2021.

You can support cancer survivors like Ashley through our monthly giving club- The Hope Collective – for just $25 a month! As a Hope Collective member, you ensure that everyone gets the help they deserve today. 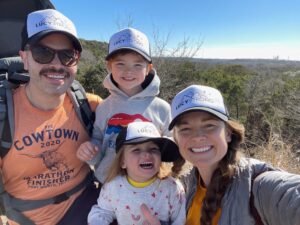 Mariel and Joey’s Story of Hope Transcript: Mariel (00:02:31) So, on October the 12th, we went into the ER with Lucy, had a high fever for three days. She had 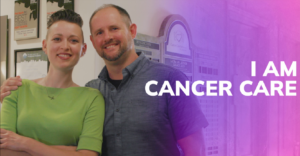 Jess and Mike’s Story of Hope Transcript: Mike Life before Jessica’s diagnosis was very free for us in that we enjoyed traveling and planning where we’re going next. We had 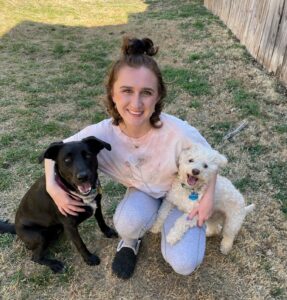 Stories of Hope: Ashley’s Story I guess I will start the story of my cancer journey at the beginning. It was about a year ago, in September. I was the 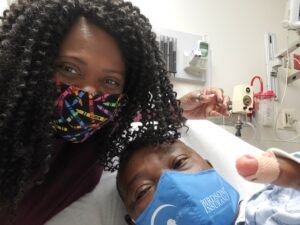 Arvella’s Story of Hope Transcript: Casey Hill is the love of my life. We’ve been married for 31 years. Life was awesome. The last son was getting out of college.