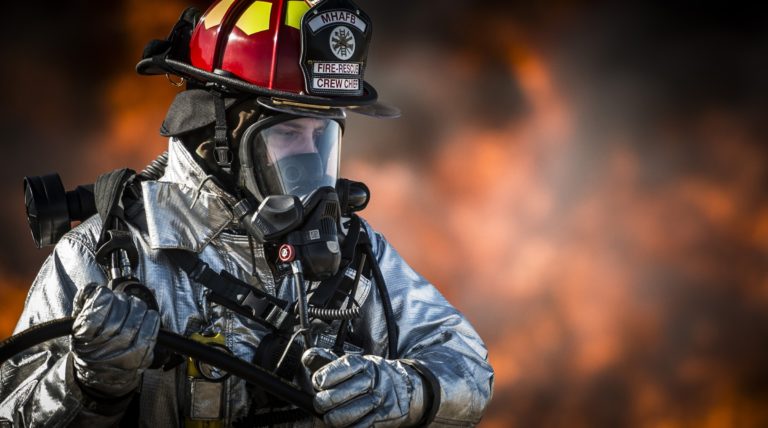 Cancer is a Thief

Cancer is a thief. It sneaks up on us and steals our loved ones, friends, and coworkers. For firefighters, it robs us of our dignity, strength, identity, careers, and lives. The International Association of Firefighters (IAFF) says that cancer is now the leading cause of death among firefighters.

Firefighters are typically mentally, emotionally, and physically strong. They are often identified as tactical athletes whose profession demands stamina, ruggedness, and grit. So what happens when one is diagnosed with cancer? The “C” word is a direct blow to one’s ego and sense of control. Feelings of helplessness and powerlessness come flooding into one’s life. The roles shift from first responder, primary provider, and caregiver to the one needing help.

One retired firefighter recently told me that he was so traumatized by his cancer diagnosis and treatment regimen that he feels like he has post-traumatic stress disorder. Before diagnosis, he worked at a very busy fire station, was confident in his competence, and took great pride in his work. He described the firefighters at his station as “family” because together they prepared and ate meals, worked out, and responded to emergency medical calls and fires.

When he was diagnosed, he was embarrassed and did not want to tell anyone. He feared being perceived as weak, vulnerable, and unable to perform his job. Consequently, he suffered in silence, isolated himself while this disease robbed him of his relationships, health, confidence, and career.

He described many losses in his life such as loss of physical ability to do his job, loss of relationship with his fellow firefighters, and loss of identity as a rescuer. He identifies himself as someone who was born to do this job and this is the only profession he ever wanted to do. During and after treatment, he felt like a “has been” because physically he could no longer fight fires.

Ironically, fighting fires (the thing he loved to do) is probably the culprit for his cancer due to exposure to the products of combustion. (Firefighters have a greater risk of being diagnosed with cancer and an even greater risk of dying from the disease compared to the general populations of the US, according to the National Institute for Occupational Safety and Health, NIOSH.)

The late Stuart Scott (ESPN sportscaster and often-quoted recipient of the Jimmy V Award at the 2014 ESPY Awards) said, “You beat cancer by how you live, why you live, and the manner in which you live.”

Like many, this firefighter openly questioned why he got cancer: he ate a healthy diet, worked out, was kind, and was always willing to help others. His course of therapy included many months of surgeries, chemotherapy, and radiation. He described living in a lonely world void of companionship.

For a while, he lost his purpose in life because he was no longer a physically fit firefighter. His drive to help others was significantly diminished and although he had many family members, friends, and co-workers willing to help, he was unable to accept support. The thoughts about his cancer and the end of his firefighting career became all-consuming. Fortunately, a turning point came.

The turning point for him was the day when he was no longer embarrassed to ask for help. He realized his life was spinning out of control and he sought counseling.

Because of the nature of the work: providing help in times of crisis, the fire service is a sub-culture with a unique perspective and unfamiliar needs. I am proud that Cancer Care Services has chosen to partner with local fire departments to help firefighters and their families navigate the complex system of care called into action after diagnosis.

As part of the Fort Worth Firefighters Cancer Focus Group (FWFF), Cancer Care has helped coordinate a symposium planned for September 6, 2019. Understanding that the fire service is a unique community that wants to take care of itself so it can care for others, the symposium will bring community resources together to educate members of the fire service family on the latest developments in prevention, detection, diagnosis, and treatment.

Today, the retired firefighter I described earlier is a courageous cancer warrior and survivor. For him, what matters is not what he lost but what he has gained. Firefighters – like so many going through cancer treatment – are brave and resilient, often because of support and insight gained from organizations like Cancer Care Services.

Cancer Care Services empowers clients to regain their dignity, sense of identity, and control. When they feel supported, cancer can’t define nor steal an individual’s strength of character. Cancer may be a thief but it cannot “cripple love, shatter hope . . . [or] steal eternal life.” 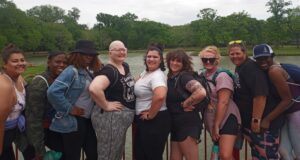 Young adult cancer patients and survivors had so much fun in the sun at Camp Gold 2022! This year was magical and full of girl power! What is Camp Gold? 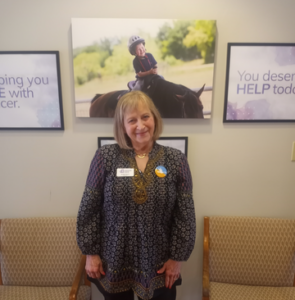 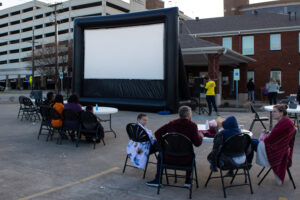 Encanto Under the Stars

March 2022 Connect Night “I love it!” One of our youngest clients of the night had a blast at the Encanto-themed selfie station! Thank you, Selfie Factor FW, for setting 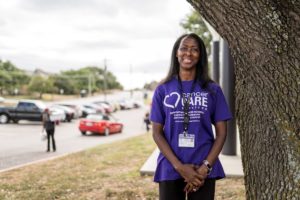 by Alexis Allison, Fort Worth Report September 21, 2021 The woman in the third car outside of Las Vegas Trail Rise food pantry wanted to talk. It was about 9